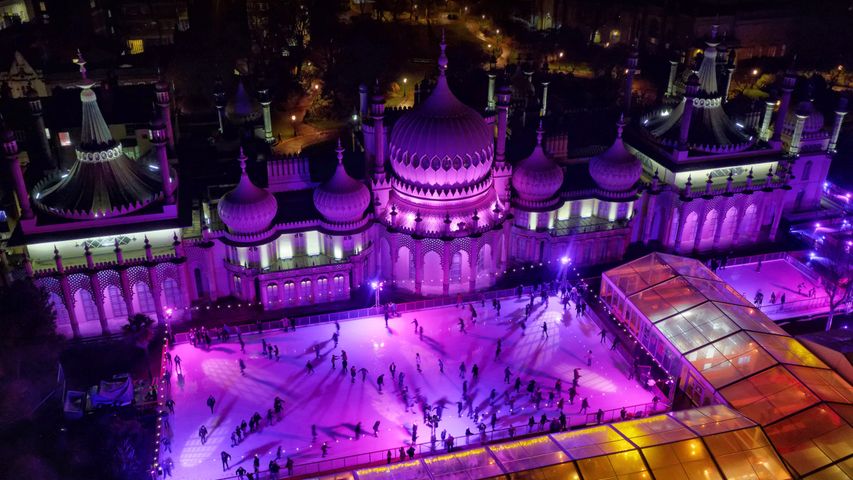 December 26 isn’t just a day for Santa to put his feet up and sleep off all those mince pies. Boxing Day is observed in many British Commonwealth countries. It is a holiday that originated in the United Kingdom. There are a few conflicting theories about its origins, but it's generally accepted that the name derives from the giving of ‘boxes’ to lower classes on the day after Christmas. One thing is certain–it has nothing to do with pugilism, although it has primarily become a day dedicated to sporting events and shopping.

Many families also use the holiday as an opportunity to go outside and get some exercise after spending Christmas Day indoors, like these ice skaters in our homepage image. They're gliding across the Royal Pavilion Ice Rink in Brighton, on the southern coast of England. The ice rink, set in front of a royal pleasure palace built for King George IV, is said to be the only one of its kind in the U.K. powered entirely by green energy. As you shop for bargains and enjoy those tasty turkey leftovers, consider paying homage to Boxing Day’s origins by helping those who are less fortunate.