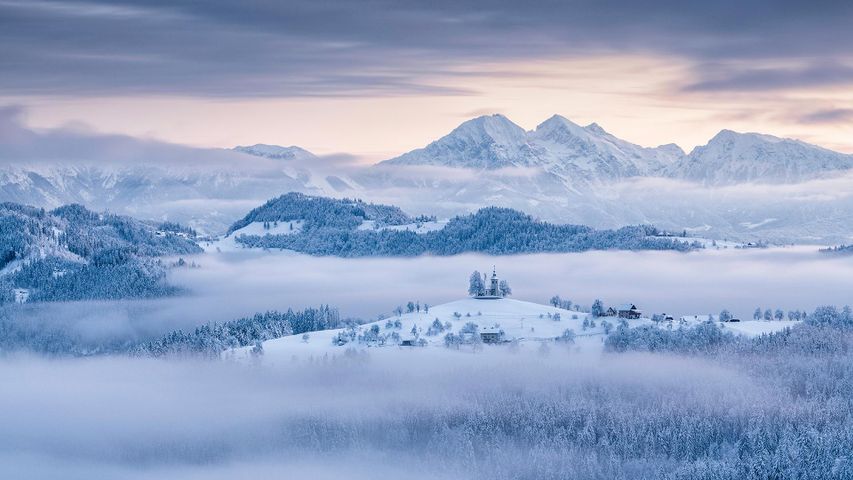 Today we're featuring an image of the Slovenian village of Praprotno and its Church of St. Thomas for the country's Independence and Unity Day. On December 26, 1990 the results of a Slovenian vote on the country's independence were announced. More than 95 per cent of voters answered 'Yes' to the question: Should the Republic of Slovenia become an independent and sovereign state?

Six months later, on June 25, 1991, Slovenia's Constitutional Charter passed, and Slovenians declared themselves citizens of an independent country. A few days after, a brief conflict between the Yugoslav People's Army and Slovenian Territorial Defense occurred, known as the Ten-Day War, but was brought to a swift end with the signing of the Brioni Agreement on July 7, 1991.