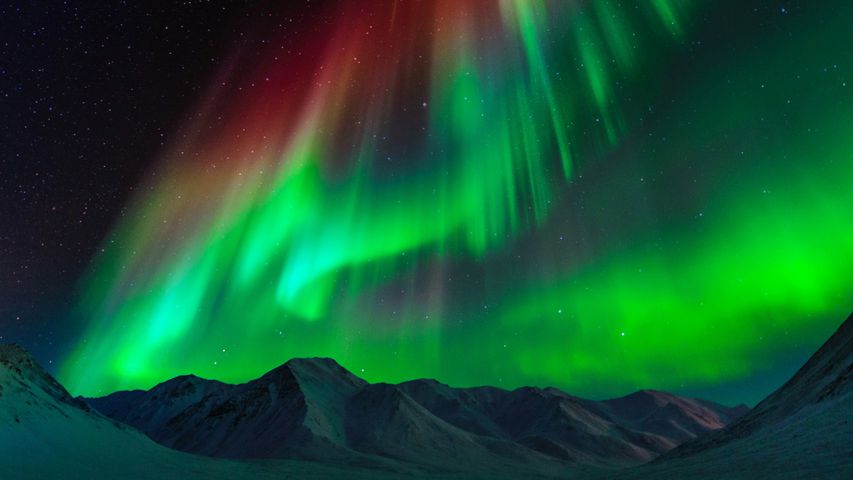 You don't have to go all the way to Alaska to see the northern lights (they've been spotted as far south as Hawaii). But based on this stunner of a photo, we recommend it. And the farther north the better: Auroras are more frequent and intense the closer you are to the North Pole.

This mesmerizing aurora borealis was captured over the Brooks Range, the stretch of mountains that forms the North Slope of Alaska. Journey hundreds of lonely miles northward via the Dalton Highway and you'll descend into a vast coastal plain before finally reaching the Beaufort Sea coast, where nothing but icy water lies between you and the North Pole.