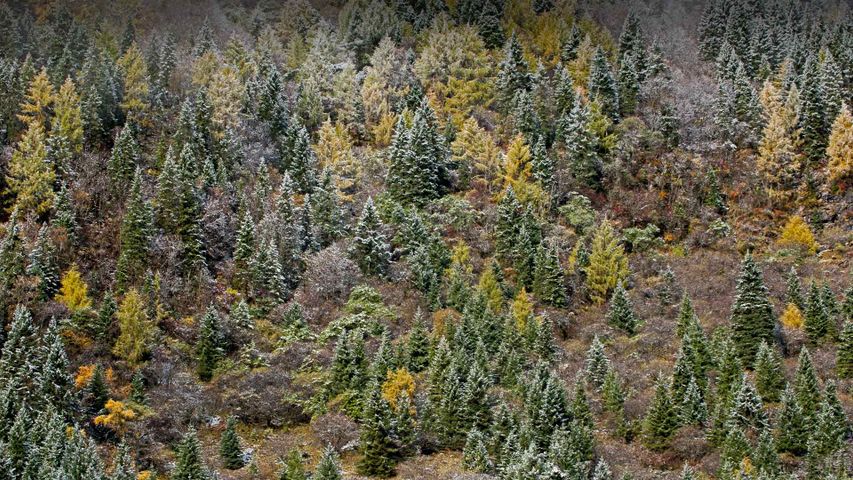 You'll find this wintry, sylvan scene on the slopes of Mount Siguniang, the tallest summit of the Qionglai Mountains in southwest China. Its name, which translates as 'Four Sisters Mountain,' is inspired by the local Tibetan legend behind its four distinct peaks. According to the story, four sisters saved their people using a magic mirror to turn themselves into the mountain to imprison the devil. The tallest peak, named 'Peak of the Youngest Sister,' stands at 20,500 feet and is an extremely challenging climb—it's rarely attempted and wasn't summitted until 1981. The national park includes three valleys flanking the mountain and is part of the Sichuan Giant Panda Sanctuaries, a UNESCO World Heritage Site. In addition to giant pandas, the sanctuary is home to the red panda, the snow leopard, the clouded leopard, and between 5,000 and 6,000 species of plants.