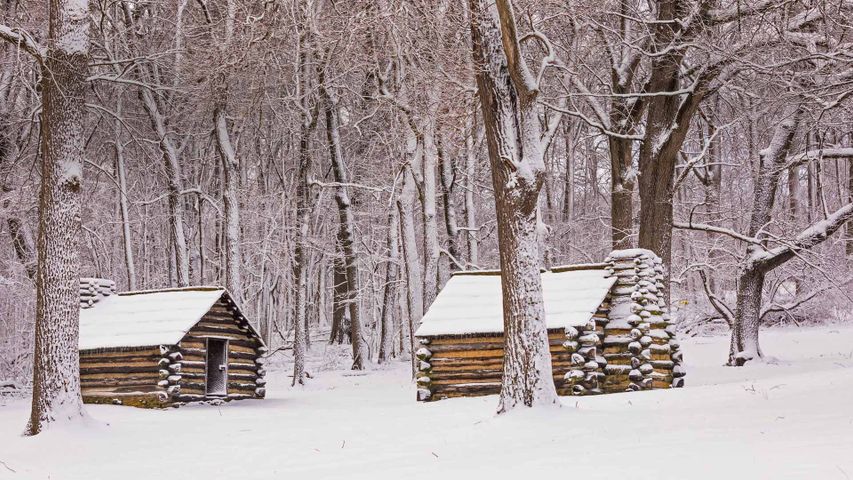 Valley Forge, Pennsylvania, is the site of the winter encampment of the Continental Army under General George Washington. On December 19, 1777, about 12,000 soldiers and 400 women and children started to build 1,500 log huts where they would live for the next six months. At the time, the British were occupying the patriot capital of Philadelphia, just a day's march away. Already two and a half years into the war, troops knew the harsh winter would stop the fighting, allowing them to organize and avoid mobilizing for several months. Life, however, was still challenging as they lacked funds for fresh food and clothing. There were no battles at Valley Forge, but nearly 2,000 people died from disease during the encampment.

Washington's leadership was being questioned by some members of the Continental Congress after losing two key battles, and the encampment gave him a chance to regroup. Some have called Valley Forge the birthplace of the American Army, as concepts like basic training started there. In June, the army left Valley Forge, and while the war wasn't won until 1783, many consider the encampment to be a turning point on the way to victory.