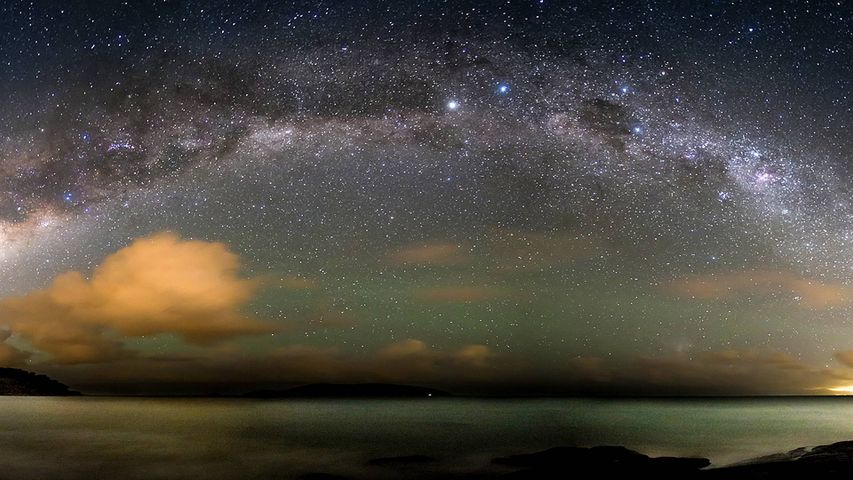 Get away from the artificial lights of cities and other modern human settlements and you’ll see just how fantastically bright the night sky can be. It was the stars that make up our own galaxy—between 100 and 400 billion of them—that the ancient Greeks saw when they described those distant sprays of light as a ‘milky circle.’ In 1610, Galileo used a telescope he’d built to confirm that the milky light was coming from countless individual stars. But out here off the Atlantic coast of Brazil, our scientific knowledge does nothing to dim the romance of a brilliant night sky.