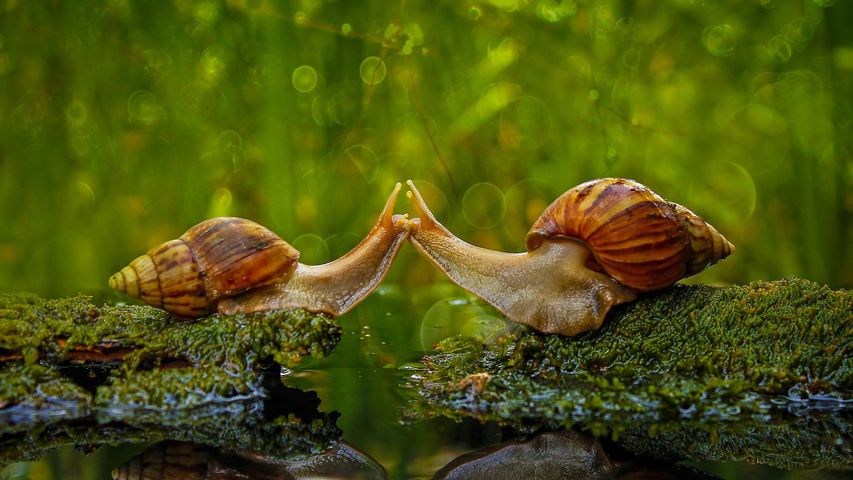 Happy International Kissing Day! These snails aren’t really kissing, at least not in the human sense, but it sure looks like it. Land snails do engage in courtship rituals that involve plenty of touching, though. Scientists are still sorting out the mysteries of snail mating habits, given some of the animals’ surprisingly complex biology. If you decide to celebrate International Kissing Day, remind the object of your affection how nice it is that you aren’t covered in slime like a snail … or don’t. You know what? Forget about that last part.