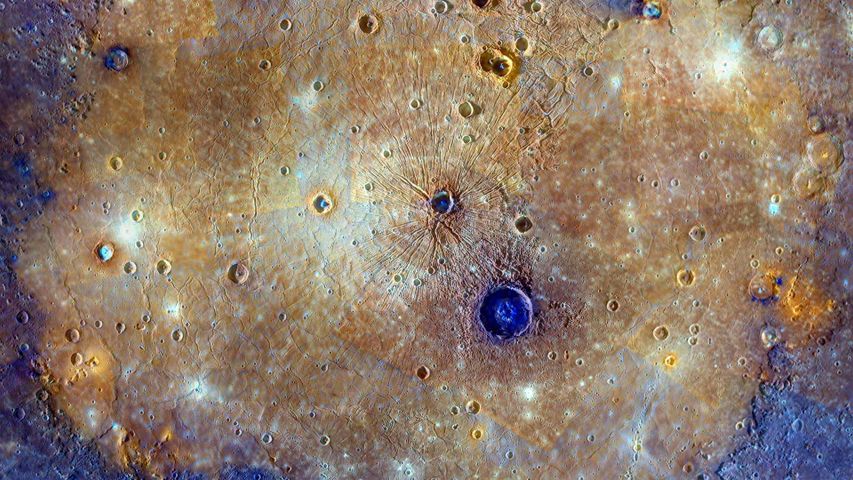 Today we're traveling to outer space to catch a glimpse of the Caloris Basin on the planet Mercury. This small planet—about the size of Earth's moon—is riddled with craters, but none as spectacular as the Caloris Basin. One of the largest impact craters in the solar system, Caloris is about 950 miles across and ringed by mile-high mountains.

Now, the study of space is called astronomy, and that's generally our focus when we feature stars, planets, and galaxies on the Bing homepage. But today we're also listening to those who follow astrology. If you've been noticing an uptick in confusion or a spate of misfortune lately, astrologers will tell you that 'Mercury retrograde' could be the culprit. Lasting through July 12, this is one of three times each year that Mercury appears to be traveling backwards—or what's sometimes called Mercury retrograde. This happens due to an optical illusion caused by differences in Earth's orbit relative to Mercury's. Because Mercury is named after the Romans' messenger of the gods, astrology associates the planet with communication. Accordingly, during Mercury retrograde, the astrologically inclined expect misunderstandings, scheduling problems, and disagreements to abound.