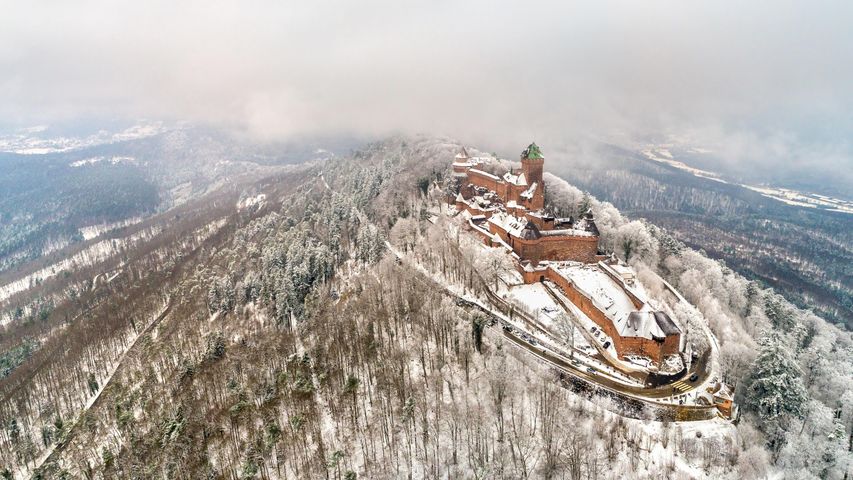 Tucked away in the snow-capped Vosges mountains in north-east France, near the border of Germany, is a renovated medieval castle called the Château du Haut-Kœnigsbourg. A castle first stood here in the 12th century and was witness to European conflicts and rivalry. After being destroyed and finally abandoned during the Thirty Years' War, its ruins remained neglected for hundreds of years. But at the turn of the 20th century, the German Emperor Wilhelm II decided to renovate the former castle and restored it to its former glory. Its interior walls are decorated in a rich medieval style, and the castle includes an impressive collection of furniture and weapons, mainly from the 16th and 17th centuries.