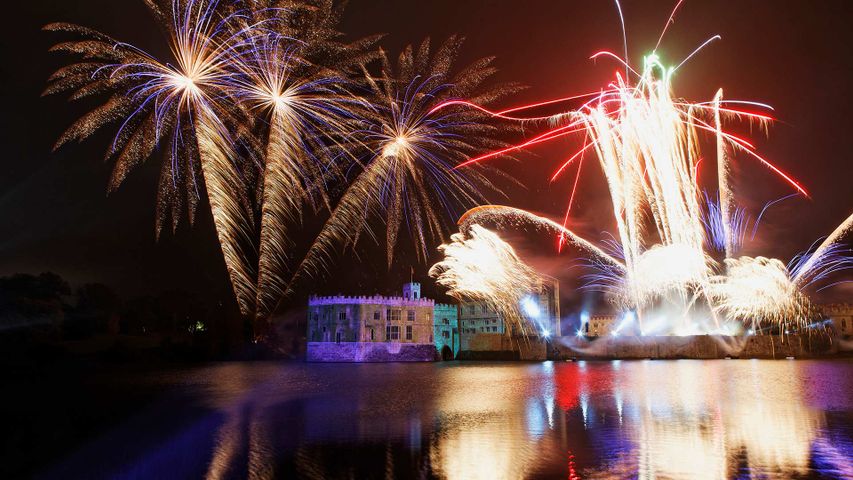 Leeds Castle provides the backdrop for our homepage to mark this year’s Bonfire Night - or Guy Fawkes Night - celebrations. The picturesque castle is nowhere near Leeds, Yorkshire but is situated near the village of the same name in Kent, in the south east of England. Built on two islands in a lake, it is celebrating its 900th anniversary this year, during which time it has served as a Norman stronghold, as home to six queens, a Jacobean country home and a Georgian mansion.

The first documented fireworks display in England was in 1486 but the roots of today’s celebrations are to be found a little later, in 1605 - the infamous Gunpowder Plot to blow up Parliament. Why are effigies of Guy Fawkes burnt? He wasn’t the leader of the plotters, that was Robert Catesby. But it was Fawkes who was tasked with lighting the fuse to the barrels of gunpowder hidden beneath Parliament. So he was the one caught red-handed and put on trial, while Catesby died resisting arrest. Since then, it has been a tradition that before the King or Queen attends the State Opening of Parliament, royal bodyguards the Yeomen of the Guard search beneath the building – just to be on the safe side.