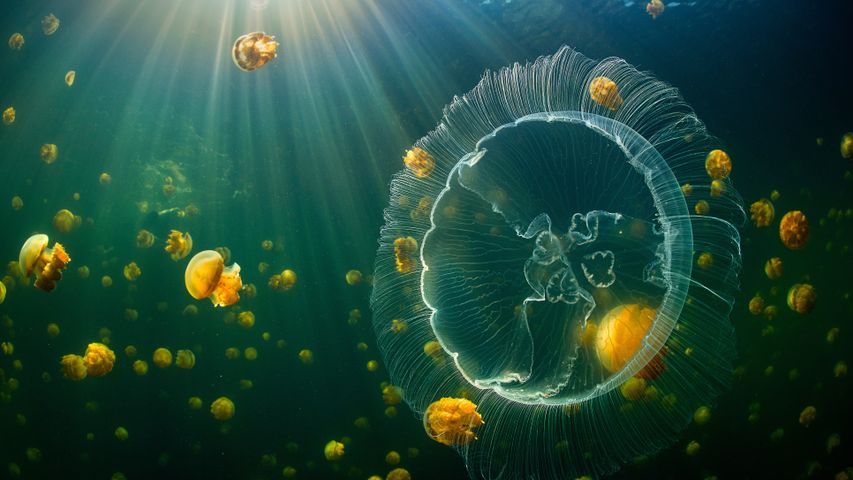 Moon jellyfish is among the most common jellyfish, appearing along the coasts of all the world's continents. Named for its moonlike bell, this jellyfish is almost entirely translucent and about the size of a plate. It can be recognised by its four horseshoe-shaped gonads, seen through the top of the bell. Though there are a lot more of them in our photo, the golden jellyfish in the background is much rarer, living only in South Pacific marine lakes like this one in Indonesia.

Prusik Peak in the Enchantments of Washington state, USA