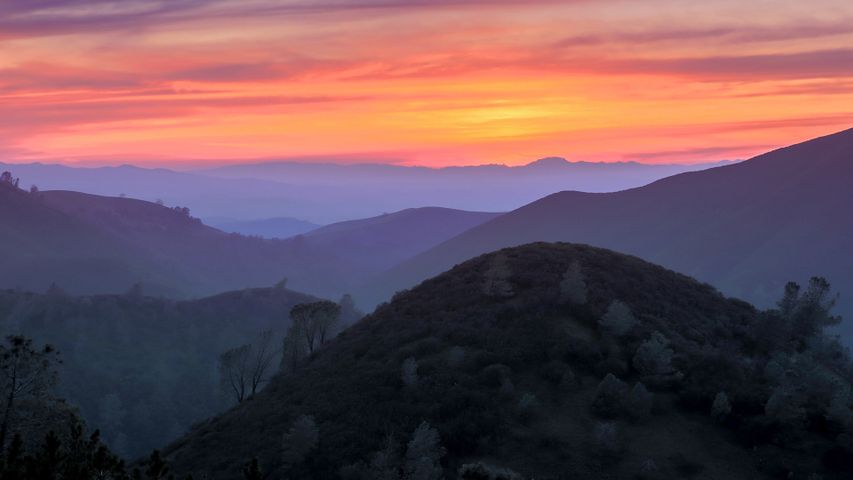 These are the peaks of Mount Diablo, part of the Diablo mountain range in the eastern part of the San Francisco Bay Area. On a clear day, you can see all the way to the Sierras from here. In fact, this is one of the best viewsheds in the Bay Area, which is a feat, since the peaks are comparatively low for the region. While Mount Diablo may tempt you to take in the scenery or hike in the surrounding state park, the area offers compelling stories from American history as well.

November 4, 1841, marks the day when a group of about 70 people, led by 22-year-old John Bidwell, finally reached the West Coast after setting out from Missouri. This was the first time a wagon train used part of the newly established California Trail to emigrate to California. The trip was gruelling, covering more than 3,000 kilometres. The wagons travelled at a pace of just 24 kilometres per day, pulled by oxen, horses, or mules. The journey required traversing part of the Oregon Trail and crossing such daunting obstacles as the desert areas around the Great Salt Lake and the steep slopes of the Sierra Nevada mountains. After five months, the wagon train arrived at the ranch of John Marsh near Mount Diablo. The successful journey helped pave the way for expansion to the American West and marked the route for future wagon trains during the California Gold Rush.

Prusik Peak in the Enchantments of Washington state, USA