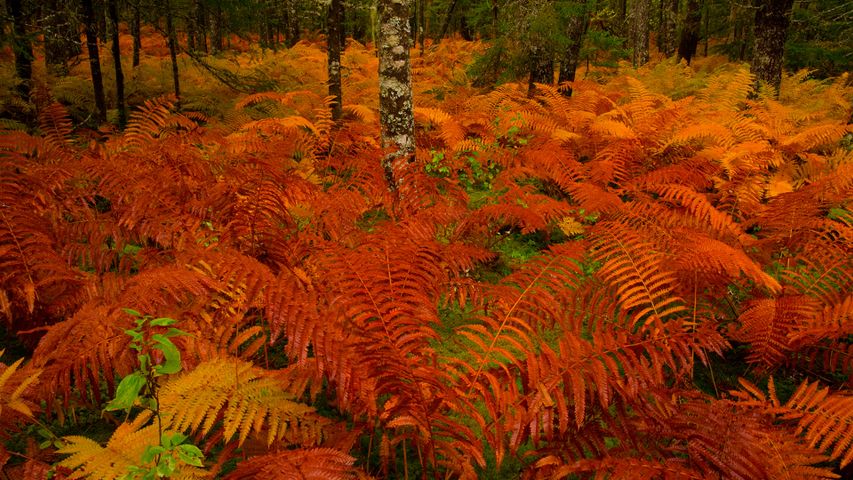 The cinnamon fern is native to the Americas and eastern Asia, found in wetland habitats such as swamps, bogs and damp woodlands. This plant needs plenty of water and thrives in moist areas – our image was taken near St. Mary's River, one of longest rivers in the Canadian province of Nova Scotia. Cinnamon ferns produce two different types of fronds. The fertile fronds grow at the centre of the plant. They are shorter and first appear in spring, starting out as bright green before turning a cinnamon brown colour, which gives the plant its name. They are surrounded by larger, green, sterile fronds.