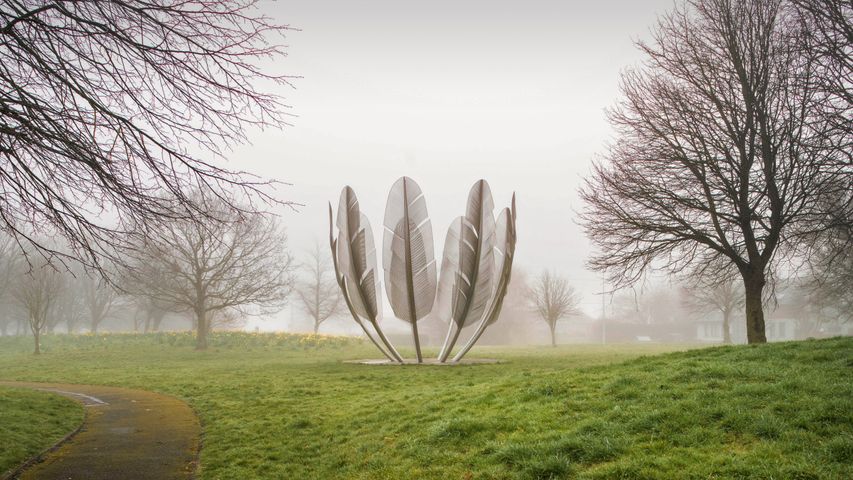 Today, on the first day of Native American Heritage Month, we're visiting Bailick Park in County Cork, Ireland. Why come to the Emerald Isle on a day meant to honor the contributions of Native Americans? The answer lies in a tale of shared humanity that begins in the 19th century.

Back in 1847, Ireland was enduring a horrific famine. Humanitarian aid poured in from all over the world, but one contribution stood out among the others—the $170 raised by the Choctaw Nation to supply food to the starving Irish. It doesn't seem like a lot, but it was equivalent to thousands in today's money. Most remarkably, the aid came from a nation of people who, just 16 years before, had been forced by the administration of US President Andrew Jackson to leave their ancestral homeland in Mississippi and march 500 miles to areas west of the Mississippi River that had been designated 'Indian Territory.' They and other forcibly relocated Native Americans endured brutal winter conditions, disease, and starvation, as well as extortion and violence by local frontiersmen, ultimately losing about a fourth of their people on the 'Trail of Tears.'

The Choctaw contribution to the Irish in 1847 began a long history of friendship between the two nations, and in June 2017, with a 20-strong delegation from the Choctaw Nation in attendance, this monument in County Cork, Ireland, was dedicated. Named 'Kindred Spirits,' it features nine giant stainless-steel feathers, shaped to represent a bowl of food for the hungry. The sculpture was created by Alex Pentek at the Sculpture Factory in Cork, Ireland, with assistance from students of the Crawford College of Art and Design. It's meant as a tribute—or 'Yakoke' ('Thank you' in the Choctaw language)—to the Choctaw tribe's contribution to alleviating the 'Great Hunger.' The demonstration of empathy between the two peoples continues to inspire efforts to provide assistance for people suffering from famine worldwide.