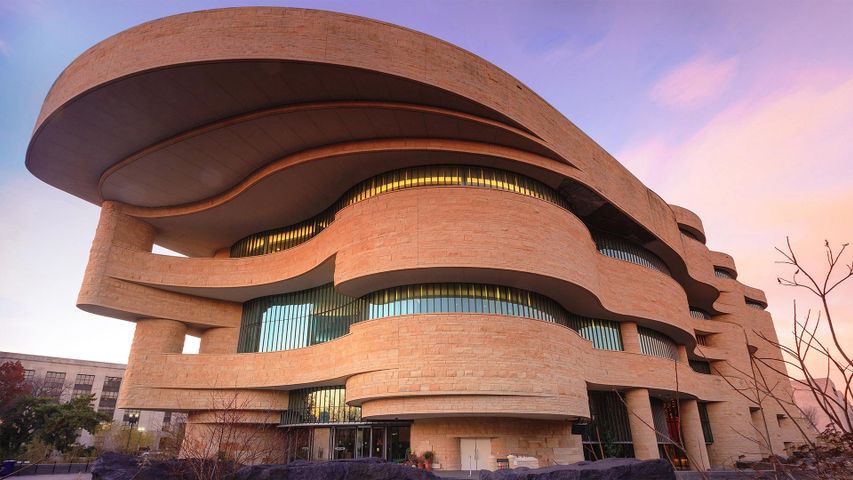 Today, on the first day of Native American Heritage Month, we’re visiting the National Museum of the American Indian (NMAI) in Washington, DC. It's part of the large network of the Smithsonian Institution, and has branches in New York and Maryland. Together, the three museums share one of the world's largest collections of Western Hemisphere Native artifacts, 'from the Arctic Circle to Tierra del Fuego.'

For the flagship NMAI building in the nation's capital, architect Douglas Cardinal drew on his Blackfoot cultural history to create the soft, curved lines of the structure. It's meant to evoke limestone cliffs, with rock walls smoothed by the elements. The landscape around the building simulates a wetland environment. Even if you can’t make a trip to this museum during Native American Heritage Month, there are plenty of other ways you can explore and learn about the many cultures and histories of Native American people.