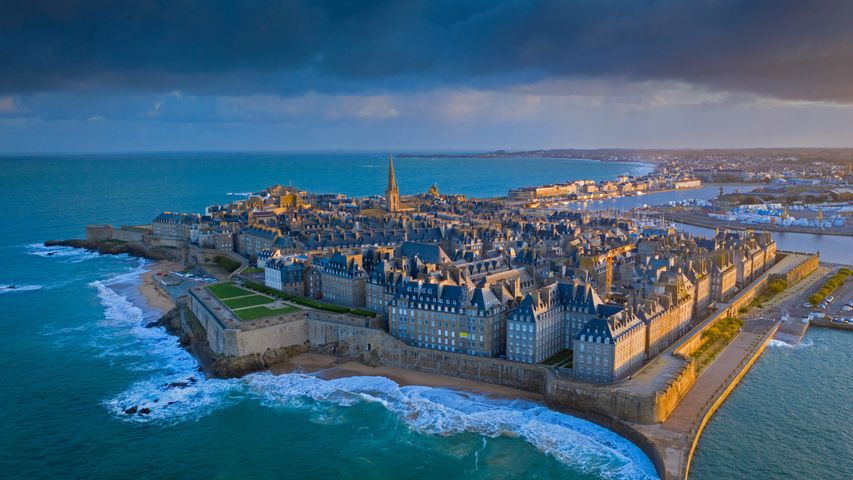 High tide at the walled city

Saint-Malo was founded by the Gauls more than 2,000 years ago and has an appropriately rich and storied history. Built on the Brittany coast of the English Channel, Saint-Malo became an important stop for ships coming into and out of Western Europe. And because of its strategic location, Saint-Malo was, for a time, a favorite spot for pirates, corsairs, and privateers—as ships made their way through the channel, pirates lurking off the Saint-Malo coast could pounce easily while French authorities looked the other way.

During World War II, in the summer of 1944, Saint-Malo was largely destroyed by American shelling and bombing as well as demolitions by occupying German forces. The Battle of Saint-Malo was the backdrop for much of the action of Anthony Doerr's 2014 award-winning novel, 'All the Light We Cannot See.' After the war, the walled city was painstakingly rebuilt, and now it's a tourist spot where visitors can walk down Saint-Malo's historic streets.