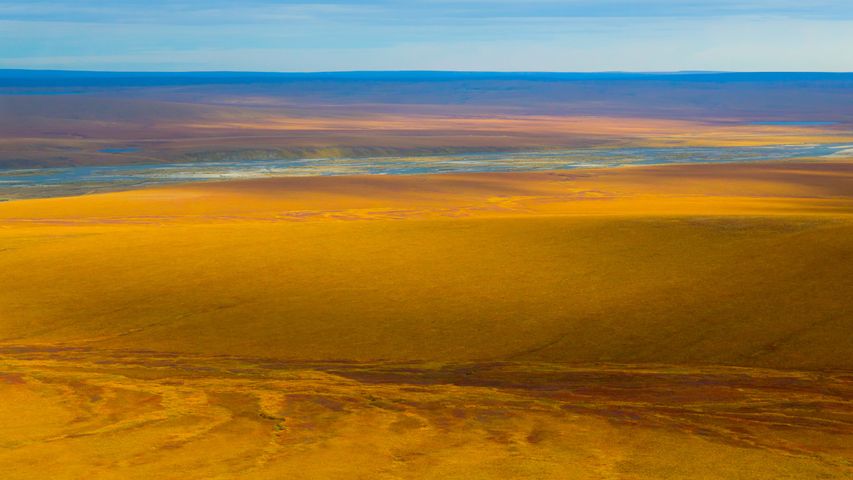 This mesmerising expanse shows a small stretch of the 153-kilometre-long Ivishak River in the US state of Alaska. The Ivishak flows north, through the Philip Smith Mountains and the foothills of the Arctic National Wildlife Refuge. It is a tributary of the Sagavanirktok River in the North Slope Borough at the top of Alaska. The borough’s largest city is Utqiaġvik, which is the northernmost settlement in the United States.

In 1980, 129 kilometres of the Ivishak was designated a National Wild and Scenic River, which provides protection to rivers within the United States.