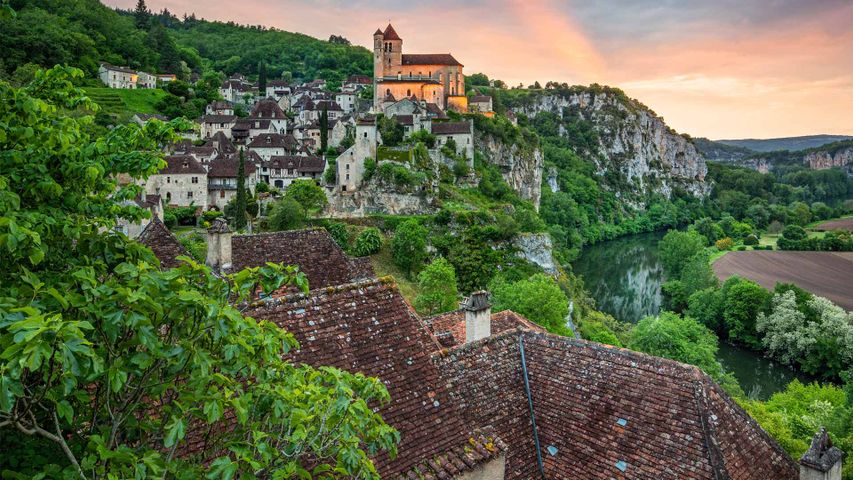 A rose in the night

The village of Saint-Cirq-Lapopie is a masterpiece of medieval times, perched on a cliff overlooking the meanderings of the Lot - a region of southern France. The weather does not seem to have altered its historical charm or atmosphere; the houses draped in brown tiles along the quaint alleys. Partly listed as a historical monument, Saint-Cirq-Lapopie is also one of the most beautiful villages in France.

At the beginning of the 20th century, many Parisian artists and gallery owners began a creative exodus to this small town, surely finding inspiration in the shades of colours, the charm of its streets, the stunning views, and the peaceful atmosphere. In fact, it was poet and writer André Breton who introduced the village of Saint-Cirq-Lapopie to the artistic world. The literary man had even established his summer residence there, as he found the place conducive to its creation. He described it as "an impossible rose in the night".