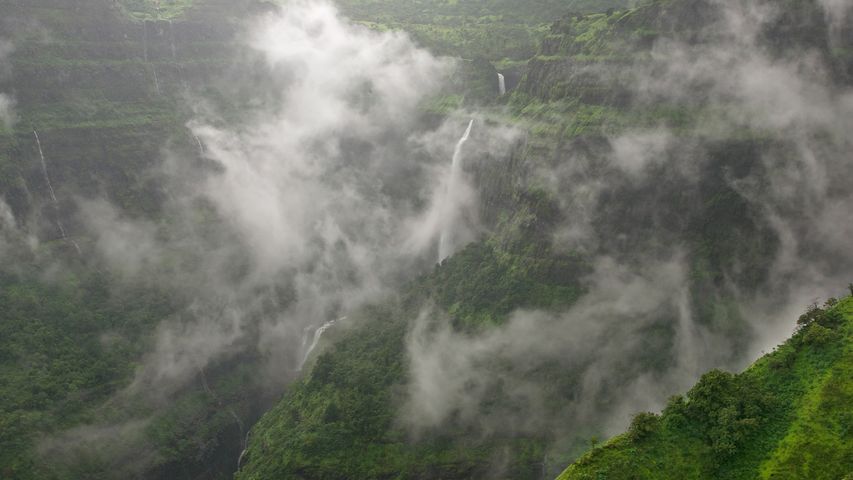 A rare mountain range in India

You are seeing the Sahyadri range (the northern part of the Western Ghats), a colossal wall formed millions of years ago due to volcanic eruptions (known as Deccan Traps) that slope downwards as it goes east and climbs higher as it proceeds southwards towards the states of Karnataka and Kerala. The Western Ghats encompasses three ranges as part of its range. The northern part of this range, from the Tapi River near Surat to the Terekhol River in Goa, is called the Sahyadri.

More like rolling hills than snow-covered mountains, the Western Ghats - stretching some 1,600 kilometres from the north of Mumbai to the southern tip of India - are a biodiversity hotspot that contains a large proportion of the country's plant and animal species; many of which are only found here and nowhere else in the world.

About one-third of the plants, almost half the reptiles, and more than three-fourths of the amphibians known in India are found in this narrow strip of the rainforest.