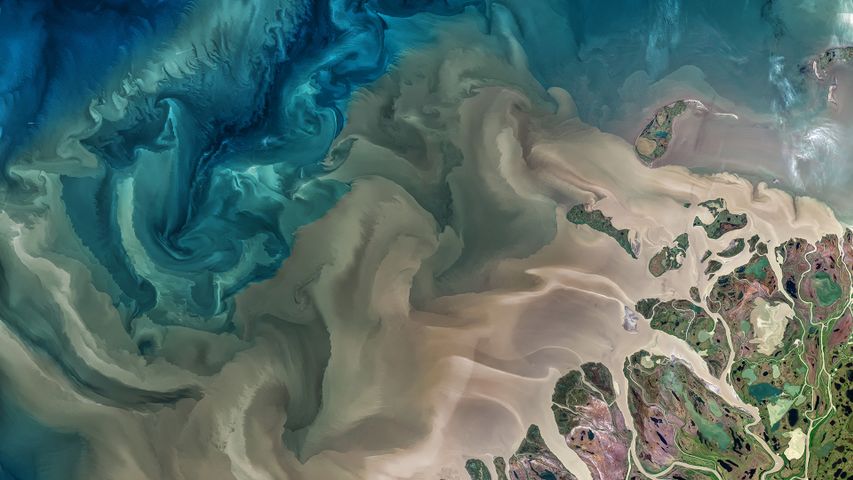 Today, we’re recognising World Rivers Day, a celebration of our planet’s waterways. The event branched off in 2005 from its source, BC Rivers Day, which has been observed by British Columbians in Canada since 1980. The annual event is now celebrated on the fourth Sunday of September by millions of people in more than 100 countries. It is a day that raises public awareness about rivers around the world and encourages their conservation.

Our photo, captured by NASA’s Earth-imaging Landsat 8 satellite, shows part of the Mackenzie River delta and the river’s turbid waters as they flow from the far north of Canada and Alaska into the Beaufort Sea in the Arctic Ocean. The Mackenzie River – the longest river in Canada and second-largest drainage basin of any North American river after the Mississippi – plays a vital role in modulating the Arctic climate as warmer fresh water mixes with colder seawater.

About 7 percent of the freshwater that flows into the Arctic Ocean each year comes out of the Mackenzie and its delta, and much of that arrives in large pulses after periods of inland ice and snow melts. These pulses, known as freshets, carry huge amounts of sediment – much of it derived from erosion of the Rocky Mountains upstream – which you can see pouring out of the river on today’s homepage.