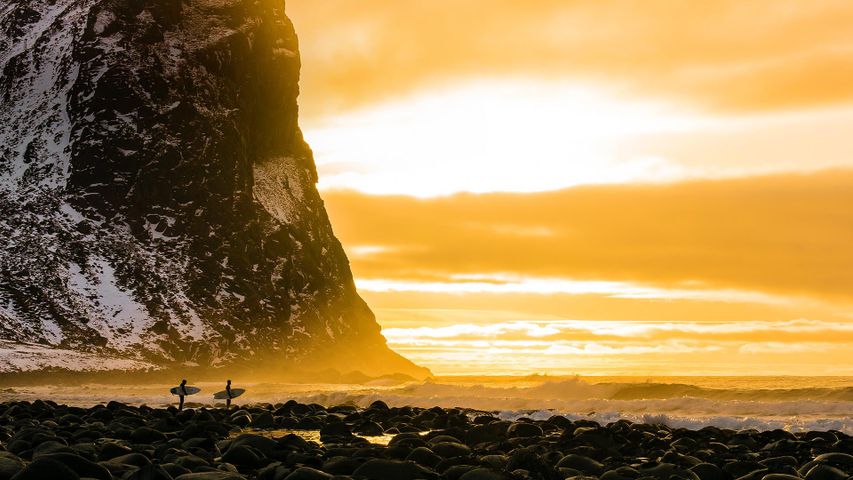 Surfers from Norway and around the world gather each September in Unstad, a tiny village in Norway's Lofoten Islands, to compete in the Lofoten Masters, which bills itself as 'the world's northern most surfing competition.' Described by some as the best surf break in Norway, the island village, where sheep easily outnumber villagers, boasts two surf shops to help both novices and experts prepare for the extreme conditions. And surfing isn't just a summer sport at this famous, and frequently photographed, beach located inside the Arctic Circle--during winter months, surfers come here for the unique experience of surfing under the Aurora Borealis.