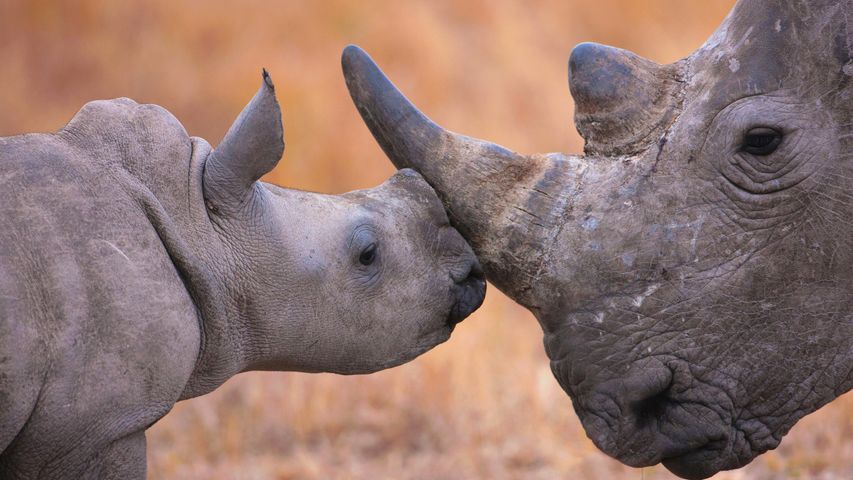 Today is World Rhino Day, and to celebrate we're in South Africa, the home of the majority of the planet's white rhinos. In the wild, these majestic animals are grazers, with wide, square upper lips perfect for feeding on the grasses of African savannahs. The two-horned white rhino is one of five living rhino species, along with the black, greater one-horned, Sumatran and Javan rhinos. White rhinos, like the mother and offspring you see nuzzling here, have seen their numbers dwindle due to poaching and shrinking natural habitats.

It's estimated that there are only between 17,000 and 18,000 white rhinos alive today, and those are still under constant threat from poachers who illegally target the animals for their horns. In fact, the entire world rhino population has seen a precipitous drop, from around 500,000 at the beginning of the 20th century, to just over 28,000 today. The theme of this year's World Rhino Day, which falls on the day of the 2021 Autumnal equinox, is 'keep the five alive'.