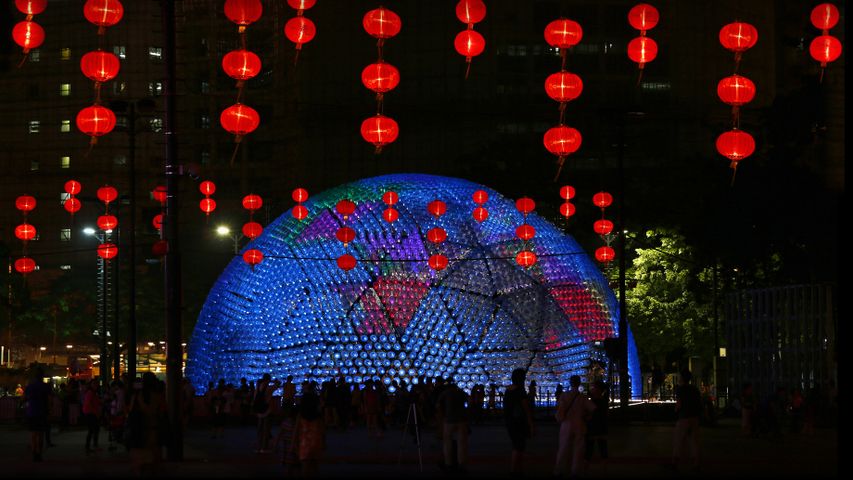 This photo takes us to Hong Kong, where engineers constructed a giant lantern called Rising Moon out of more than 7,000 recycled plastic water bottles with LED lights inside. The sculpture honours one of China's most important holidays, the Mid-Autumn Festival. While it's only been an official public holiday in China since 2008, mention of the Mid-Autumn Festival first appeared in historical texts 3,000 years ago. Families celebrate by lighting paper lanterns and sharing a meal, traditionally at a round table to bring good luck and happiness.

One of the festival’s tastier traditions is the eating of mooncakes, a type of stuffed pastry served when the Moon is supposedly at its fullest and brightest. They can be sweet, stuffed with a sweet bean paste, or savoury and stuffed with ham, sausage, nuts or dried fruit. Mooncakes are often given as gifts and the holiday is sometimes called the Mooncake Festival. The Mid-Autumn Festival is not just a Chinese holiday, it is celebrated across Asia, with each nation observing it in their own unique way.

The Imagine Peace Tower near Reykjavik, Iceland, for the International Day of Peace