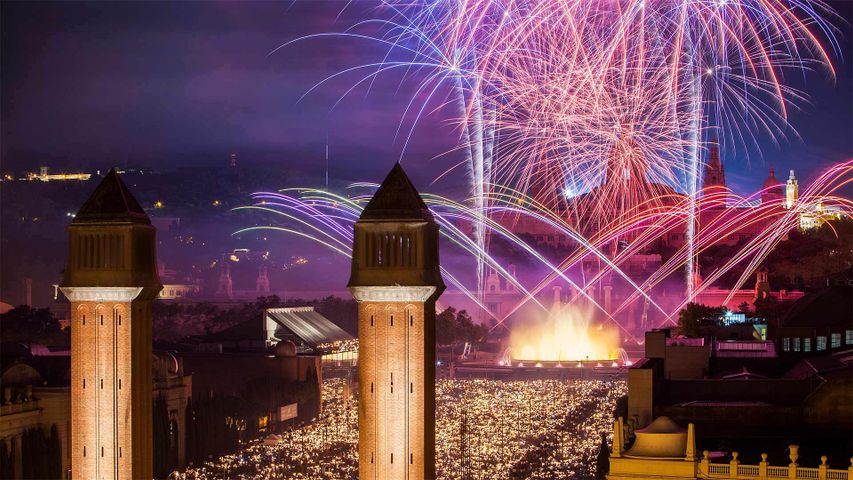 Every year, for four days in September, people flock to one of Barcelona’s biggest events, La Mercè Festival. It all dates back to 1687 when Barcelona was suffering from a plague of locusts. In desperation, city officials voted to ask for the assistance of the Virgin of Grace (Mare de Déu de la Mercè). Delivered from the pestilence, the officials named her patroness of Barcelona, and an annual festival has been celebrated in her honour ever since.These days, the celebration is considered a farewell bid to the warmer days of summer. Attracting nearly two million people, the event is known for its street theatre, castells (human towers), dancing, musical performances, light projection show and daily street parades with mythical characters and traditional drumming. At the end of the festival, people come out in droves for the pièce de résistance - a musical fireworks display known as the ‘piromusical’.