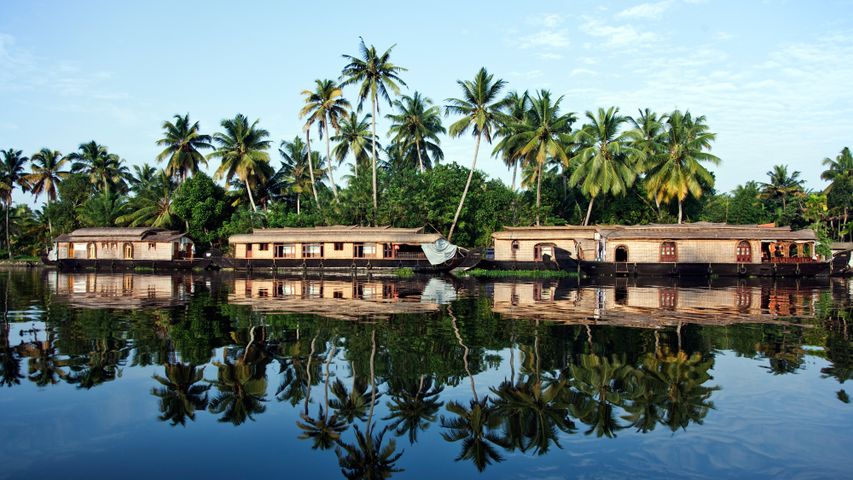 Today we're cruising the Kerala backwaters, a network of lagoons, lakes, rivers and canals located parallel to the coast of the Arabian Sea in southern India. The best way to experience this beautiful area is aboard a traditional houseboat, known as a 'kettuvallam'. These boats come in different shapes and sizes and were traditionally used for transporting cargo such as rice and spices. The use of these boats declined when modern transportation methods became more affordable – until the boats were renovated to carry tourists. Now the vessels are used for houseboat trips on Kerala's backwaters and have become one of the region's most popular attractions.