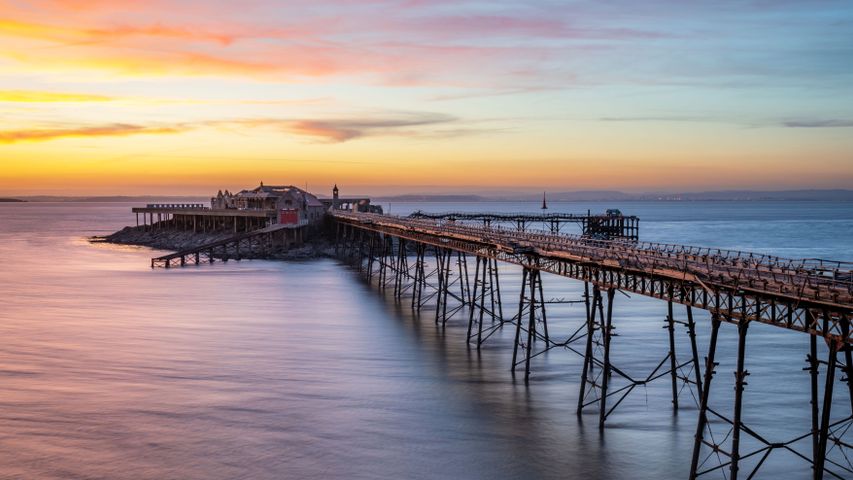 Info. Birnbeck Pier on the Bristol Channel in Weston-super-Mare, England

This peaceful but derelict pier, in the seaside town of Weston-super-Mare on England’s south-west coast, is the only British pier which connects the mainland to an island, linking to Birnbeck Island. Built in the 1860s, it used to be a hub of activity. Victorian day-trippers would arrive on steamships to enjoy fairground rides, a travelling cinema and skating rink. But the end of paddle steamers in the 1970s, the opening of the Severn Bridge linking England to Wales, the surge in foreign holidays and competition from a rival pier marked the beginning of the end for Birnbeck Pier. It closed to the public in 1994 over safety concerns and has since fallen into disrepair – part of the pier collapsed into the sea in 2015 – but locals are campaigning to save the historic structure.