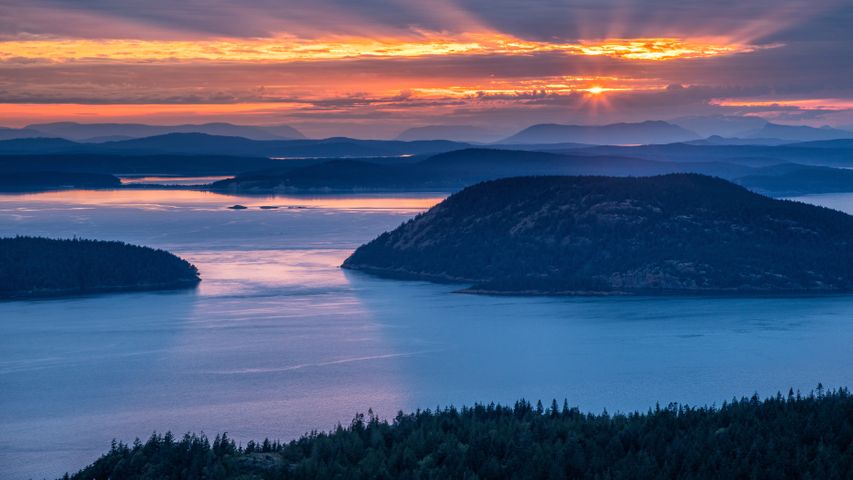 The San Juan archipelago is made up of over 400 islands and rocks, some only visible during low tide, in the Salish Sea between Washington state and Vancouver Island, British Columbia. No bridges connect the San Juans to the mainland, but four of the largest islands – San Juan, Orcas, Lopez, and Shaw – are accessible via the Washington State Ferries. Tourists come to the islands to take in the stunning coastal views, catch a glimpse of resident orcas, and partake in many outdoor activities, such as sea kayaking, biking, and hiking. One popular destination is the San Juan Island National Historical Park, which was established on September 9, 1966, to commemorate the Pig War. That strangely named confrontation between the US and the UK was sparked, in part, by the killing of a pig in 1859. But it was really a dispute over ownership of the islands.