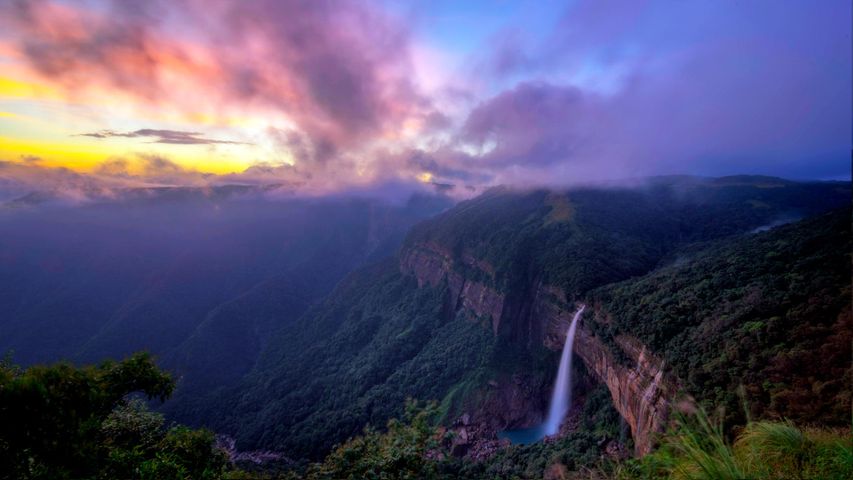 The wettest place on earth. Nohkalikai waterfall in the Cherrapunji area, Meghalaya

What you see on today’s homepage is Nohkalikai Waterfall at Cherrapunji. While Cherrapunji has often been credited as being ‘the wettest place of the planet’, nearby Mawsynram currently holds that reputation. Cherrapunji however does hold the distinction of having recorded the maximum rainfall in a month (July 1861) and a year (1 August 1860 to 31 July 1861). Locally known as Sohra, Cherrapunji is the capital of the tribal kingdom of Khasi, a part of today’s Meghalaya state.