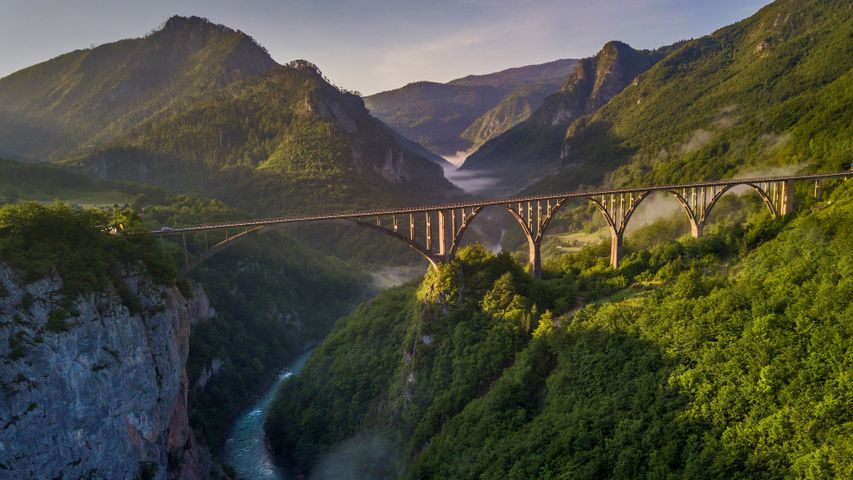 In north-west Montenegro, the Đurđevića Tara Bridge is the fastest passage between the villages of Budečevica and Trešnjica. The five-arch concrete bridge was completed in 1940 just as World War II was spreading across Europe. By 1941, Italian forces from the Axis powers had invaded this region. Local fighters took an extreme measure to keep the Italian army from crossing the Tara River Valley: They blew up one of the arches, making the bridge unpassable and slowing the advancement of the Axis. The bridge was rebuilt in 1946, and although it keeps its original name, some still call it the anti-fascist bridge.