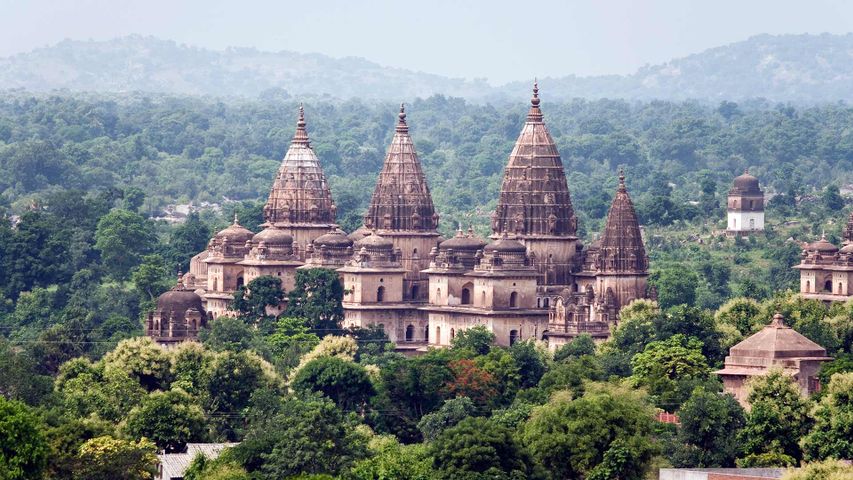 The magnificent chhatris of Orchha

Driving into the historic town of Orchha in Madhya Pradesh, one comes across the conical peaks by the banks of Betwa River. These are the cenotaphs of Orchha. The 14 funeral monuments are dedicated to the Bundela kings of Orchha and some members of their families. Please note, these are different from the pyramids that were built for Egyptian pharaohs. In Hinduism, the dead bodies are cremated and the ashes are immersed in the river. Hence the cenotaphs of Orchha were not meant for preserving dead bodies for the next life.

These cenotaphs are called chhatris (umbrella) by the locals. Projecting the Bundelkhand style of architecture, each chhatri stands at three-storeys built on elevated platforms with windows placed strategically to attract a continuous flow of the wind coming from the river. The size of each chhatri varies in accordance with the length of the rule of each leader. These chhatris provide a beautiful view to the tourists from the bridge on Betwa River, from where they can enjoy the look of the magnificent monuments and their reflection in the river.