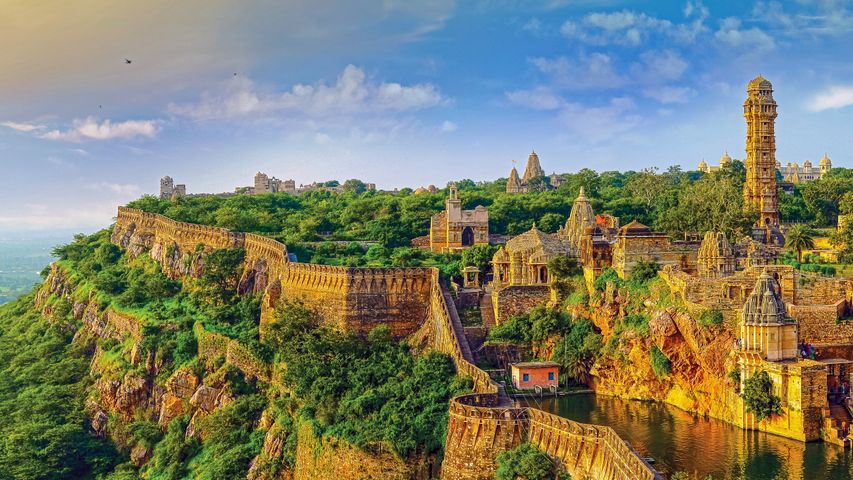 A true symbol of heritage and royalty. Chittorgarh Fort

At 8 miles in circumference, the Chittorgarh Fort is one of the largest forts in India. For starters, there are seven massive gates from which to enter. Inside you’ll find four palaces and 19 temples. At one time there were almost 100 bodies of water, most of them ponds fed by natural catchment and rainfall, although now there are only 20.

The origin of Chittorgarh Fort can be traced back to the 7th century, when Chitrangad Mori of the Maurya dynasty is said to have laid its foundation. The fort came into the possession of Bappa Rawal, who established the Mewar dynasty, in the mid-8th century. However, there are conflicting accounts of how it happened. Either he received the fort as a dowry gift or seized it in battle. Nevertheless, he made the fort the capital of his extensive new kingdom, which stretched all the way from Gujarat state to Ajmer.

Today, the fort is one of a cluster of six large forts in the northwestern state of Rajasthan referred to as the Hill Forts of Rajasthan, all of them collectively designated a UNESCO World Heritage Site.