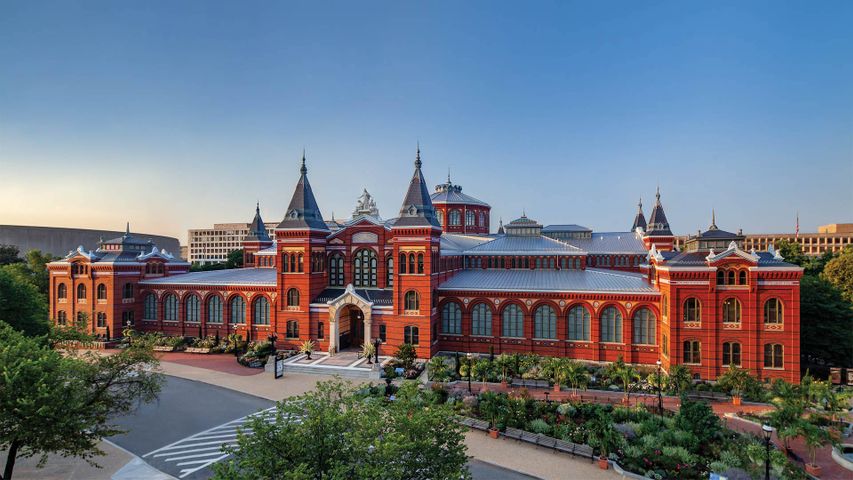 In 1846, when Congress authorized an institution 'for the increase and diffusion of knowledge,' no one could have predicted what the Smithsonian Institution would eventually become. Today, on our 175th anniversary, the Smithsonian is the world's largest museum, education, and research complex. And in the decades that I have worked here—as an educator, curator, museum director, and now as Secretary—I have watched us grow into a vital and vibrant 21st-century institution: conducting groundbreaking research, becoming a national leader in K-12 education, creating new museums that represent the American experience more fully, and equipping our audiences to tackle the world's most pressing challenges.

The Arts and Industries Building (AIB), pictured here, exemplifies our role as both a cultural steward and a hub of innovation. The Smithsonian's second-oldest building, AIB opened in 1881 as the US National Museum. An architectural icon located at the heart of the National Mall, its soaring halls introduced millions of Americans to wonders about to change the world—Edison's lightbulb, the first telephone, Apollo rockets. Since the 19th century, when it hosted early flight experiments and the country's burgeoning natural history collections, AIB has been a place for creativity and invention.

This forward-looking spirit is embodied in FUTURES, the Arts and Industries Building's large-scale, dynamic exhibition opening in November 2021. Focusing on interactive discovery and collaboration, the exhibition will feature art installations, technology debuts, interactive experiences, and ideas that preview humanity's next chapter. (This entry was written by Lonnie G. Bunch III, secretary of the Smithsonian Institution.)