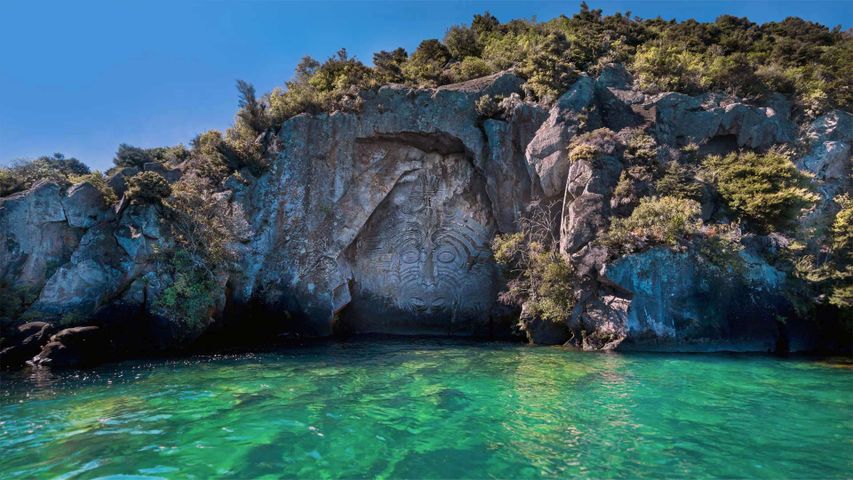 To celebrate International Day of the World's Indigenous Peoples, we're on New Zealand's North Island, looking at the Ngatoroirangi rock carving by Māori artist Matahi Whakataka-Brightwell in Mine Bay. This artwork is part of a larger collection of carvings on the edge of Lake Taupo and has become a big tourist attraction despite being accessible only by boat. Four years in the making, the work is a tribute to Māori ancestors and guardians, and the integral roles they play in the Indigenous Māori culture.

International Day of the World's Indigenous Peoples was created by the United Nations to draw attention to the distinct cultures of Indigenous peoples and to support measures that protect their rights. This year's theme is 'Leaving no one behind: Indigenous peoples and the call for a new social contract.' With this focus, the UN hopes to raise awareness about the unwritten rules, or 'social contracts,' that help communities function equitably. Historically, Indigenous peoples have been excluded from these social contracts, which were often meant only for dominant populations. This year's festivities hope to address that inequity and will include a virtual commemoration for guests to discuss how communities can redesign these contracts to be inclusive of the Indigenous and their ways of life.