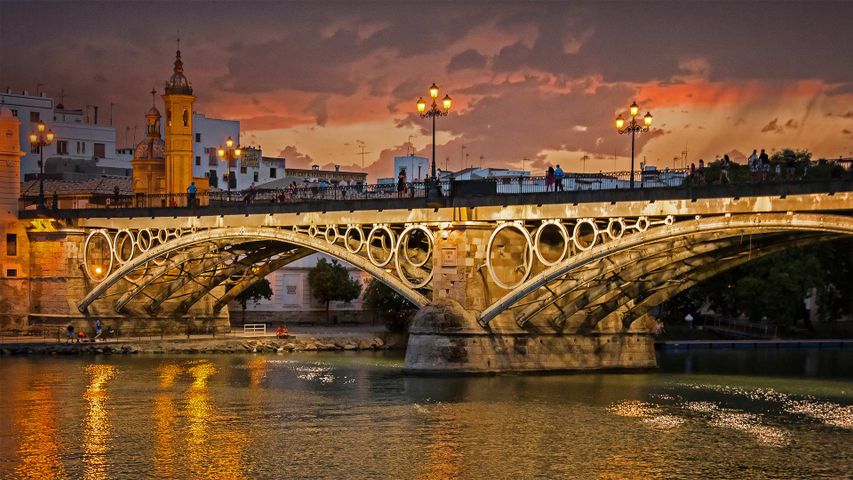 Five hundred years ago today, in 1519, Ferdinand Magellan departed from Seville, Spain, on his quest for a western passage to the Spice Islands. He sailed five ships and a crew of more than 230 men down the Guadalquivir, the river in today's image. Magellan wouldn’t have seen this incarnation of Seville’s Triana Bridge, though. It was built more than three centuries after the expedition's return to the city in 1522. While successful in finding a western route to the Pacific Ocean and returning with valuable spices, the feat came at great cost. Only one ship, under the command of Juan Sebastián Elcano, and 17 other crew members completed the global circumnavigation, returning to Spain three years after setting off. Magellan wasn’t among them. He was killed on April 27, 1521, at the Battle of Mactan in the Philippines.Seville and other Andalusian cities will celebrate these milestone anniversaries as part of the 'V Centenario.' For the next three years—the same amount of time it took Magellan's fleet to sail around the world—there will be a slate of activities, including academic conferences, museum exhibits, nautical tours, educational events, and much more, to recognize, detail, and celebrate various aspects of this historic voyage.