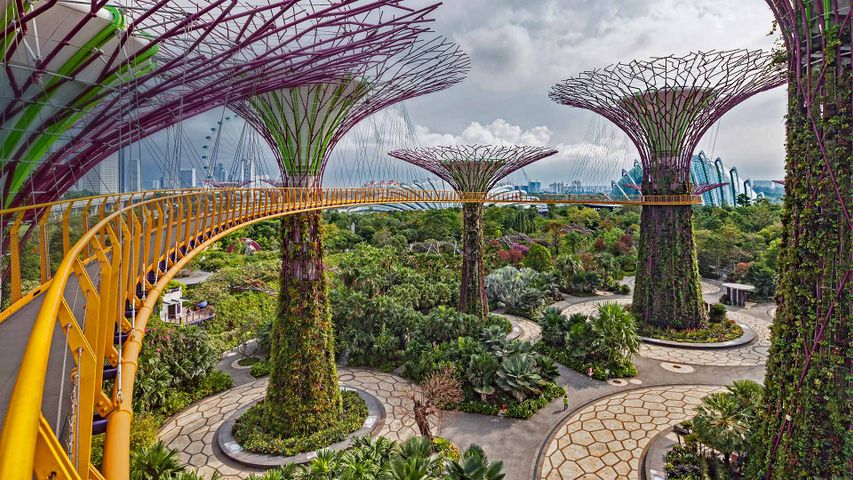 Every August 9, the streets of Singapore fill with revelers celebrating the anniversary of the city-state's independence from Malaysia in 1965. Like patriotic events in other nations, Singapore's National Day features parades, speeches from political leaders, and fireworks. This year also marks the 200th anniversary of the first British colonial outpost in what would become modern-day Singapore.We're joining in the fun by sharing this photo of the Supertree Grove—part of Gardens by the Bay, one of Singapore's most ambitious and interesting public attractions. The entire park is designed to bring more nature into Singapore's dense, urban environment, and to show off some of the ecologically friendly construction ideas that concentrate on conservation and preservation. The 'Supertree' structures in this grove collect rainwater, harness solar power, and even vent air into and out of nearby greenhouses.