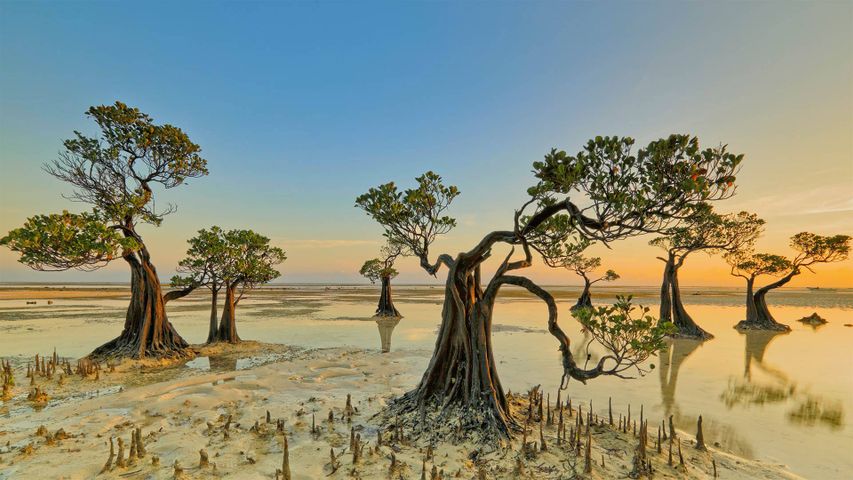 We’re on the northern coast of Indonesia's Sumba island, where these mangrove trees appear be dancing. Walakiri Beach has a gentle slope, so it's easy for a visitor to walk out into the knee-deep water to examine the transitional area of a mangrove ecosystem. Mangroves thrive here at the boundary between land and sea, growing in coastal salt water and low-oxygen conditions where other trees would quickly die. Their complex root systems filter out the salt and form a strong natural defence against storm floods, rising sea levels and coastal erosion. Mangroves also create habitats that support a diverse range of juvenile fish and crustaceans. But despite their vital role in maintaining healthy oceans and coastlines, mangroves are disappearing fast, several times faster than forests on land. The United Nations estimates that the world has lost half its mangrove coverage in just the last 40 years.