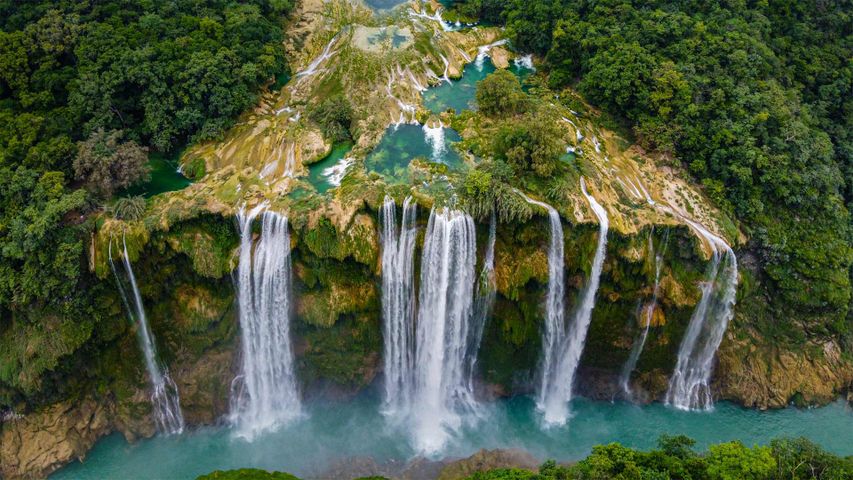 A stunning sight in Mexico's wilderness

Here in central Mexico, the Gallinas River spills into the Tampaón River gorge to create Tamul waterfall, renowned as a jewel of the country's wilderness. Both rivers offer great swimming near the falls, and boaters can float by on the Tampaón for close-up views. Both activities are best attempted between July and October, though: During wetter months, the falls converge into a thundering cataract as the Gallinas rises to form torrential rapids.

This corner of the state of San Luis Potosí was once a domain of the Huastecs, who split from the Maya three to four millennia ago to settle the lands from here east to the Gulf of Mexico. By the early 16th century, the society crumbled as other Mesoamerican cultures gained influence and the Spanish began colonising Mexico. But many of their stone temples and earthen pyramids in the region still remain, as do tens of thousands of native Huastec speakers. In the ancient Huastec language, Tamul means 'place of pitchers', comparing the cenotes - or underwater sinkholes - that dot the Gallinas riverbed to giant vessels being poured out by the gods.