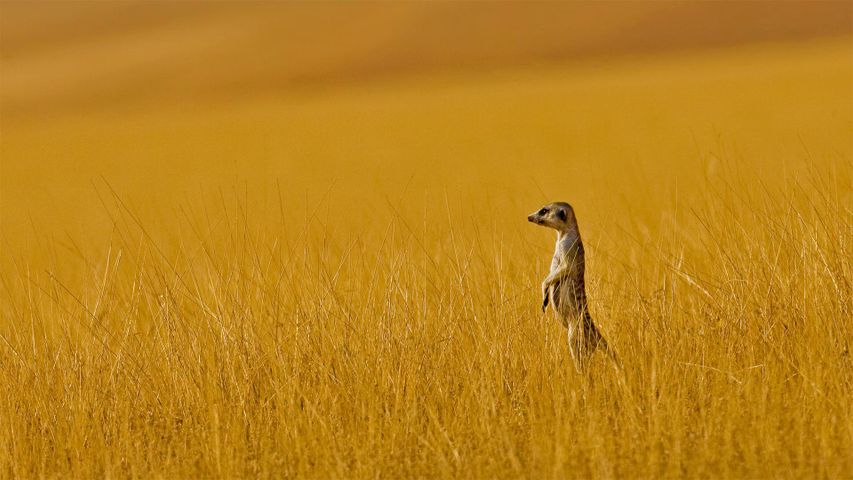 Meerkats, also called suricates, are members of the mongoose family native to the southern African plains. They live in mobs (yes, that's what a group of meerkats is called) of 20 to 50 animals that work together and share extensive networks of underground burrows. Our friend today, photographed in Namibia, appears to be on sentry duty, which is when a meerkat acts as a lookout for predators as the rest of the group forages for food - insects, small reptiles and other delicacies. A sentry shift usually lasts about an hour, after which another meerkat takes over and the newly-stood-down sentry gets to focus on filling its tum.

Aerial view of the theatre at the ancient city of Hierapolis, near Pamukkale, Turkey