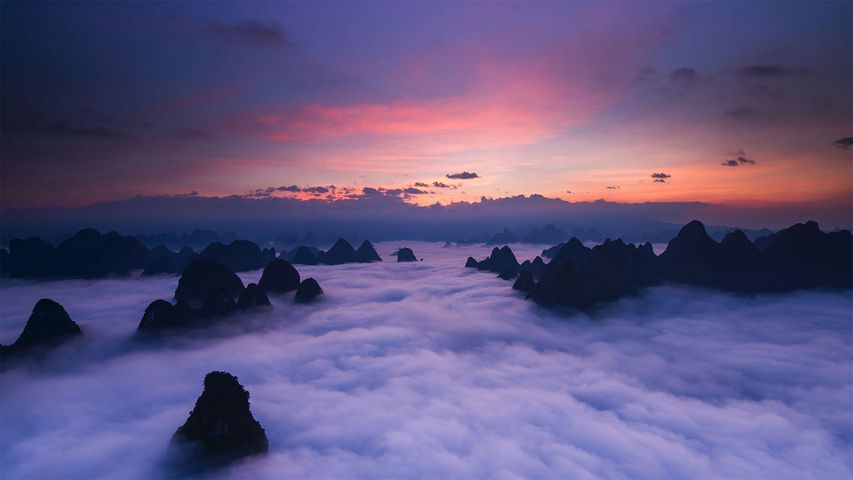 Sometimes the clouds that ring the top of the Huangshan Mountains in China are called the ‘Huangshan sea’ due to their resemblance to a foaming tide rolling across the range. Nearly 200 days each year on average, the clouds obscure the peaks, or in this case, the valleys below, and are part of the region’s natural charm. In fact, the impression of the peaks floating on a sea of clouds was a key inspiration for director James Cameron in designing the fictional world of his film Avatar.