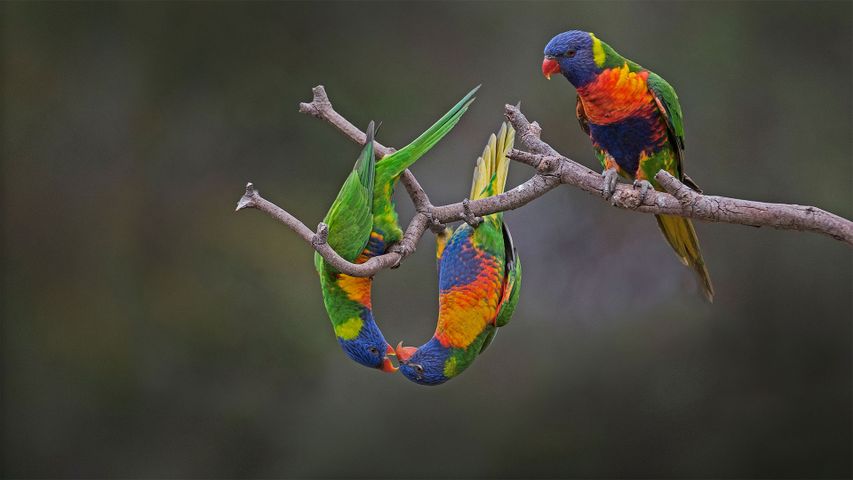 As their name suggests, rainbow lorikeets are brightly-coloured birds and members of the parrot family. Flocks of lorikeets will congregate around fruit trees and flowers, their primary food sources, but they’re more likely to pair off like these two upside-down birds in the photo. The species is native to rainforests and woodlands of the eastern seaboard, from northern Queensland to South Australia and Tasmania, but has been introduced to more suburban environments in the west, where it’s considered an invasive pest.