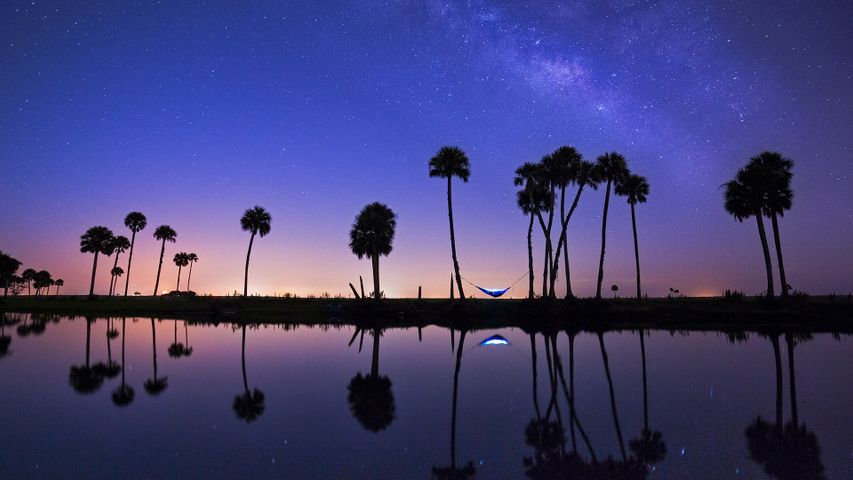 After his successful venture to the New World, Christopher Columbus returned to Spain in 1493 with a treasure chest full of treats including gold, pineapple, turkey, tobacco plants and... the hammock. Although it is believed Central and South America natives were among the first to use hammocks, dating back some 1,000 years when they were woven out of bark from a hamack tree, Columbus is credited with bringing the invention over to Europe after apparently seeing the Taino people of the Bahamas sleeping in cotton nets slung between trees. We're observing something similar here in Florida, where kayakers along the Econlockhatchee River may take a break from its 87.7-kilometre course to come ashore and relax.