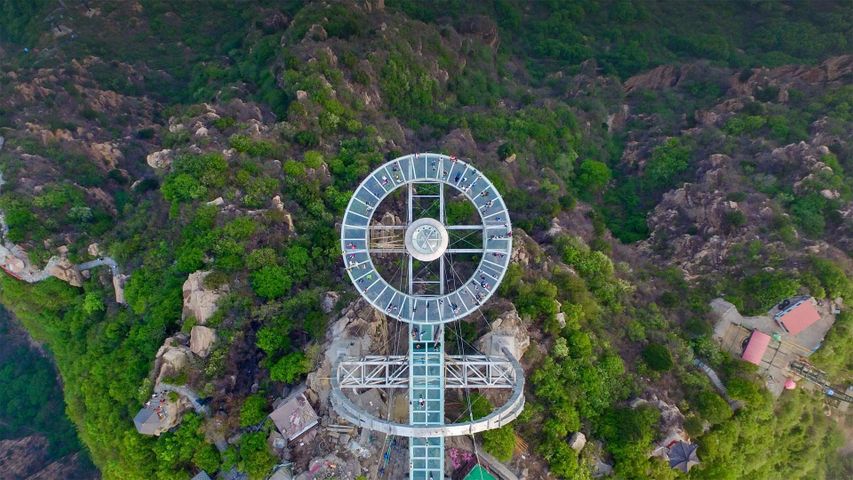 When residents of the bustling metropolis of Beijing, China, need a break from their daily grind, many will head about 70 kilometres north of the city to take in the sights at the Shilinxia Scenic Area. Meaning 'Gorge of Stone Forest,' Shilinxia is a protected 11 kilometre gorge which, since 2016 has featured an amazing main attraction—one of the world's largest glass sightseeing platforms. If you're scared of heights, this platform may not be for you, as it sits roughly 400 metres above the valley floor and juts out nearly 33 metres from the tallest point in the gorge.

But don't worry: Even though it may inspire a bit of vertigo and has been known to sway a bit with the wind, the platform is perfectly safe—the glass floor is reinforced by titanium alloys. Once out on the platform, viewers can look down through glass into the rugged sandstone rocks and forest of the Shilinxia gorge below. It's easy to also catch a glimpse of some local landmarks, including the nearby Huangsongyu reservoir, Diaowo Village, and the Shilin River.