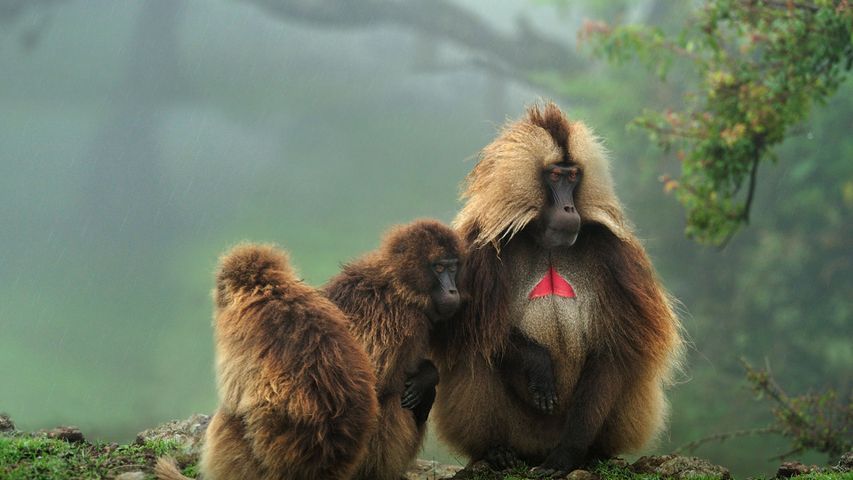 With grass-covered plateaus in the park’s mountains, Simien is the ideal habitat for geladas, the last surviving species of ancient grazing primates found only in the Ethiopian Highlands. They are easily recognised by the patch of hairless skin on their chest, which is bright red on males but less pronounced on females, although it does turn a fiery crimson colour when they are in estrus. This is why geladas are sometimes called the bleeding-heart monkey. They're also often referred to as the gelada baboon, but geladas are only relatives of baboons, at least zoologically speaking.