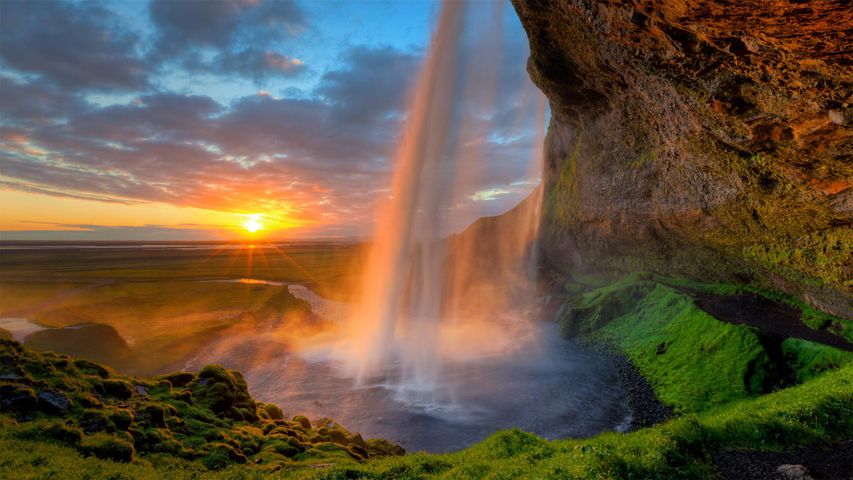 Info. View of the midnight sun behind Seljalandsfoss waterfall, Iceland

Here we are at the Seljalandsfoss waterfall on the south coast of Iceland. The famous waterfall drops about 60 metres and is less than a two-hour drive from Reykjavík, Iceland’s capital city. You can walk behind the waterfall so bring a raincoat if you want to avoid getting soaking wet.

The peak of Iceland’s famous midnight sun phenomenon happens in the days around the summer solstice, when the sun reaches its highest and northernmost points in the sky. This time of year, the sun never seems to set here, providing up to 21 full hours of sunlight and three hours of twilight. Iceland experiences the long days of midnight sun between mid-May and mid-August. Then the days become shorter, with the entire country falling into a dark polar night around winter solstice in December.