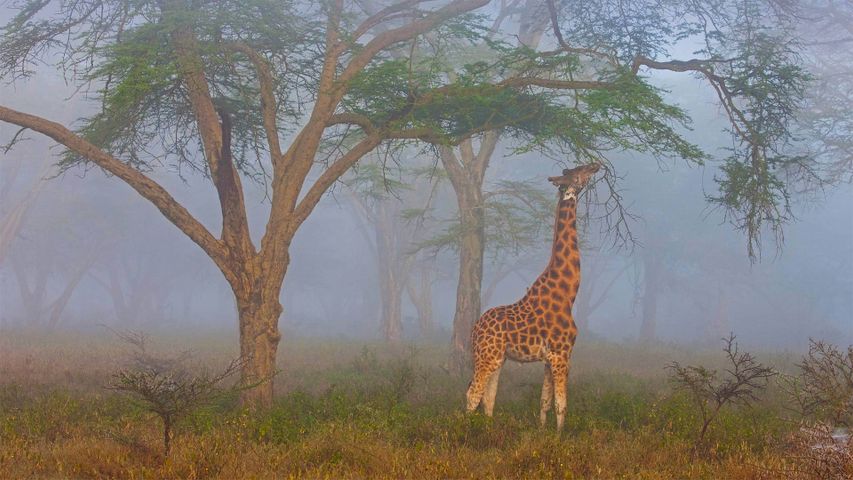 There are just over 100,000 giraffes remaining in the world. They're not considered endangered, but populations are in decline in some of their native habitats across Africa. The long-necked animal in our image is a Rothschild’s giraffe, a subspecies of the Northern giraffe, named after the London zoologist Lionel Walter Rothschild. There were only 1,669 of these giraffes in the wild in 2016, 45 of them here in Kenya’s Lake Nakuru National Park. Others can be found in Murchison Falls National Park in northern Uganda. Within these parks, the giraffes are fenced off to keep poachers from sneaking in; however, their natural predators – the hyena, lion, crocodile and leopard – remain a threat. But at least they're a natural threat.