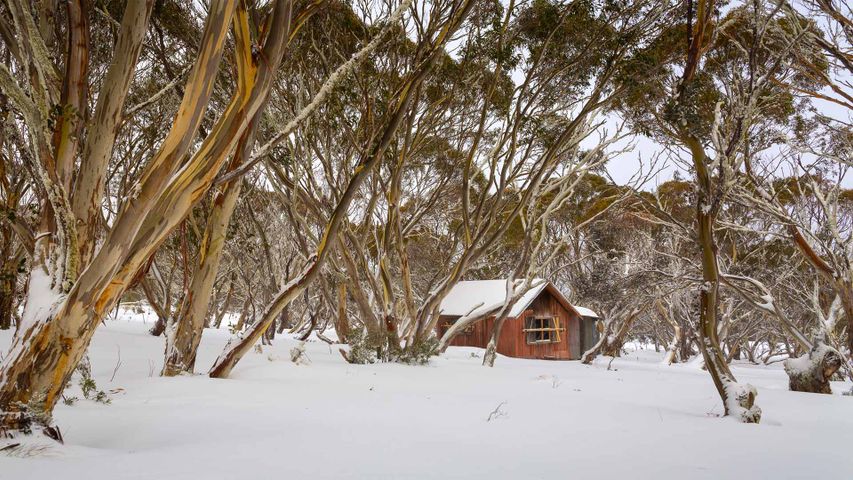 No, this isn’t a scene from ‘The Man from Snowy River’, however parts of the 1982 classic film were actually filmed here in Victoria’s High Country. This wintery landscape is a part of Dinner’s Plain, a popular winter spot known for its alpine wonders, hikes, and spectacular snow season. Perhaps it’s most romanticised feature though are the Cattlemen’s Huts like the one featured today. Now part of a long-gone era, these huts once played a big role in Australia’s European history - providing shelter to cattle graziers and travellers alike. Unfortunately, while the area was once littered with hundreds of the beautiful buildings, time and mother nature have not been kind to them - many huts having perished through fire and weathering. At least this one is still standing for us to admire!