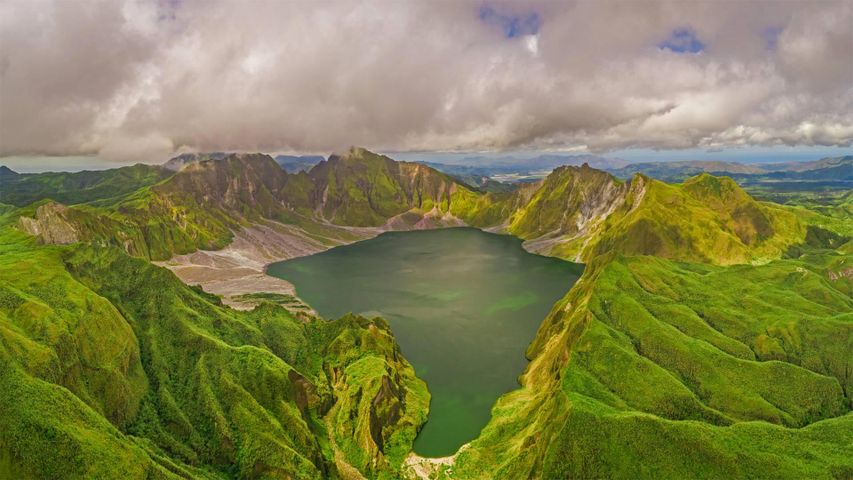 The crater lake in our image was formed following the second largest volcanic eruption in the 20th century. Located about 90 kilometres from the Philippines' capital city of Manila, Mount Pinatubo erupted in 1991, destroying the volcano's summit and causing widespread devastation. The eruption formed a caldera about 2.5 kilometres wide, and it filled with water to create Lake Pinatubo. It has since become a popular tourist destination. Visitors can hike to the lake, but swimming is forbidden despite its tempting blue and green waters.

Melaleuca trees in a stream after cyclonic rainfall, Western Australia