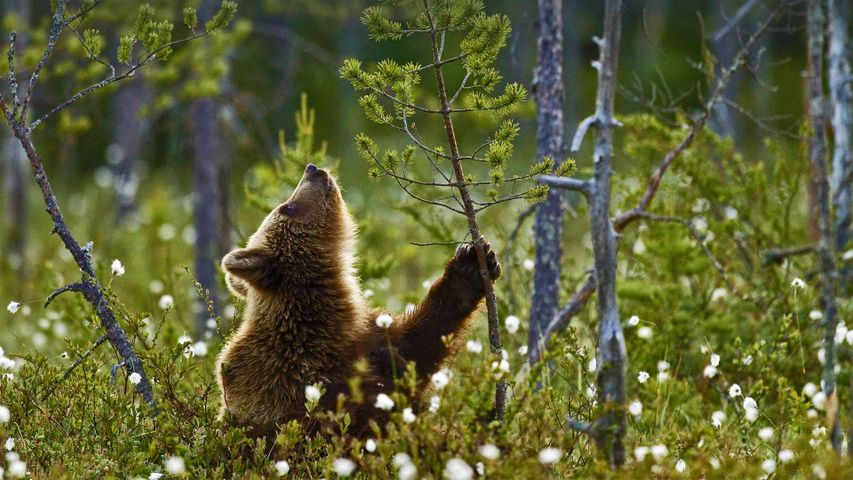 The brown bear is the largest predator in Europe and the national animal of Finland, which is where our photo was taken. There are about 2,000 brown bears roaming Finland’s forests, so bear watching is a popular activity in this part of northern Europe. The bear-watching season begins in April – when the first bears emerge from hibernation – and lasts until autumn. Nighttime in the summer is the best time to spot bears in the wild. Many people watch the creatures from the safety of a wooden cabin called a 'hide'. As well as bears, you might also see wolverines around here. They can be found in remote areas in the Northern Hemisphere, and there are a few hundred in Finland.