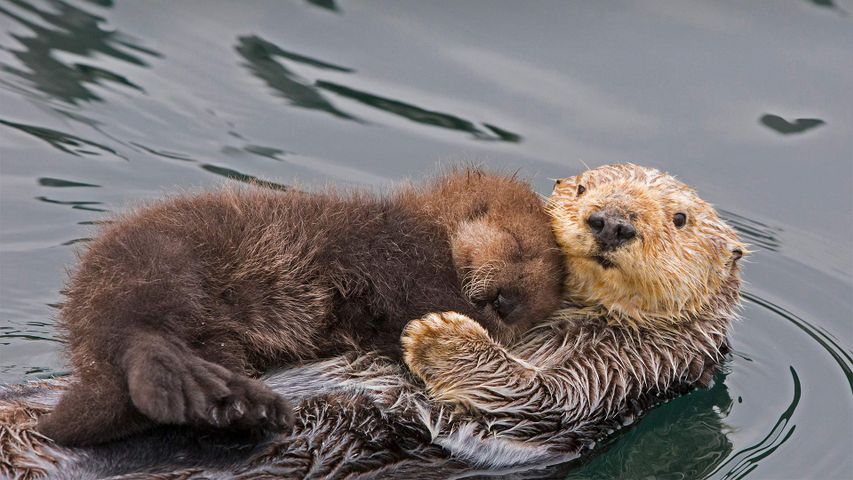 To celebrate Mother's Day, we're in California's Monterey Bay, where a sea otter mom gives her 3-day-old pup a place to snuggle and gives us an amazingly cute picture to boot. These incredibly photogenic animal moms shower their kids with attention, cradling them and grooming them for hours. But all that love is more than a gesture of affection, as newborn sea otter pups can't swim. A pup is totally dependent for about six months, so mom will carry it around on her stomach like you see here. When the little one does venture into the water on its own, mom will rub the pup to fluff its coat, which causes the fur to retain air bubbles, insulating it from chilly water and causing the youngster to float like a cork.

And that fur is remarkable—it's considered the thickest of any mammal on Earth at up to 1 million hairs per square inch. After about four weeks, sea otter pups will start swimming and eating on their own—at six weeks they'll start diving by themselves, too. Until then, mom keeps her pup close. When she does have to leave the pup in search of food, she'll sometimes wrap the little one in kelp, which keeps it from floating away while she looks for dinner.

A female wood duck and ducklings in Arapahoe County, Colorado