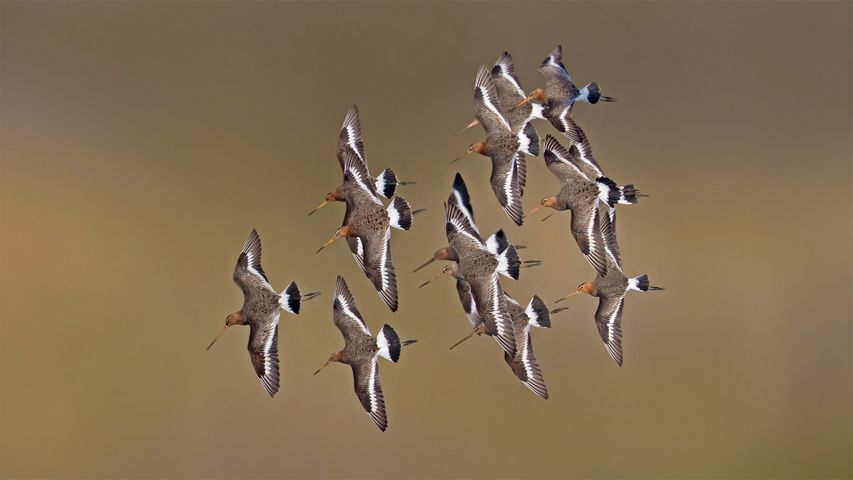 For World Migratory Bird Day, we're looking at a flock of black-tailed godwits in the Netherlands. These shorebirds breed in parts of Europe and Russia, and then migrate to areas in Western Europe, Africa, Asia, and Australia. A large percentage of the godwit population breeds in the Netherlands, which is why the country voted to make it the national bird in 2015. It's also captured in paintings by Dutch artists Vermeer and Rembrandt, making the black-tailed godwit as 'Dutch as they come,' according to the Dutch newspaper Trouw.

World Migratory Bird Day highlights the need to protect habitat for winged travelers like these. It began as International Migratory Bird Day in 1993 and was run by different organizations before moving in 2007 to the Environment for the Americas, a non-profit that encourages bird conservation through education and research. World Migratory Bird Day is observed on the second Saturday in May and the second Saturday in October, though the group notes that different species of birds migrate at different times and encourages organizations to host local events when migratory birds are present.